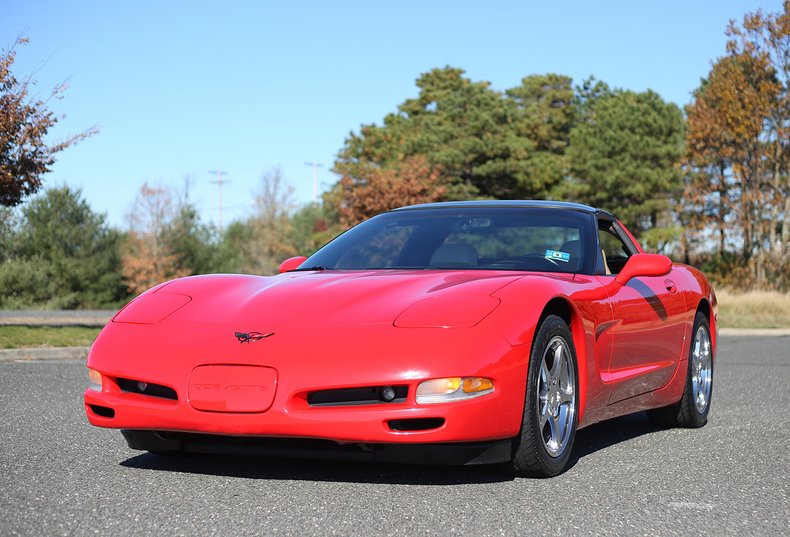 A major change from its predecessor the C4, the C5 featured a hydroformed box frame, a design that offered an improved structural platform, especially for a convertible body style. To improve handling, the transmission was relocated to form an integrated, rear-mounted transaxle assembly. Connected to the all-new LS1 engine via a torque tube, the engine/transmission arrangement enabled a 50-50% front-rear weight distribution. The LS1 engine initially produced 345 hp, subsequently increased in 2001 to 350 hp. The 4L60-E automatic transmission carried over from previous models, but the manual was replaced by a Borg-Warner T-56 6-speed capable of a 175 mph top speed. Relative to the C4, the new platform and structural design substantially reduced squeaks and rattles.

The C5 is capable of matching or besting the 0–60 mph acceleration times of some of the world's premier sports cars, including the Aston Martin DB7 Vantage, and the Ferrari 355. A composite of published performance numbers for the base-model coupé and convertible gives a 0–60 mph time of around 4.5 seconds, and a standing quarter-mile time of around 13.3 seconds at 108 mph.