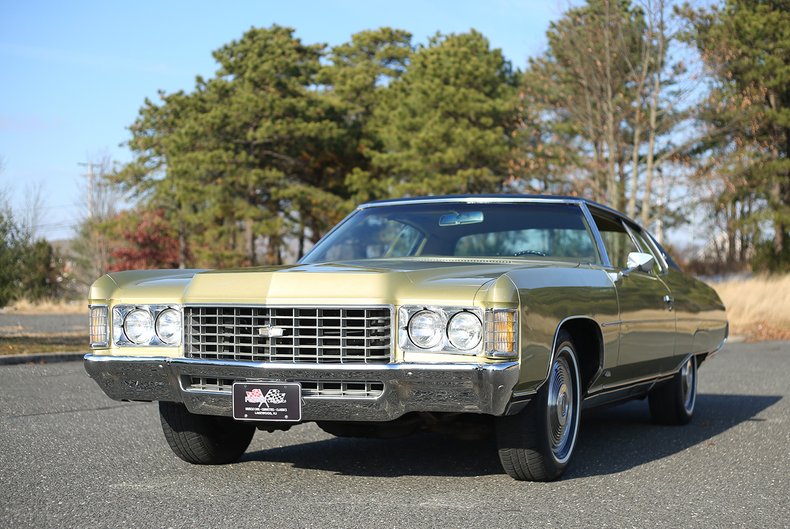 The 1971 redesigned B-body would be the largest car ever offered by Chevrolet. All 1971 Chevrolet engines featured lower compression ratios to permit the use of regular leaded, low lead or unleaded gasoline of at least 91 Research octane per GM corporate mandate in anticipation of the catalytic converters planned for 1975 and later models which necessitated the use of unleaded fuel. A high-performance big block V8 was available in the form of the Turbo-Jet 454, which produced 365 hp in 1971, but power decreased as the years went along. The 1970s marked the impact of the 1973 energy crisis with gasoline prices doubling from 1973 through 1979 and industry car sales plummeted 20 percent between 1973 and 1974. For the first time in recent history, annual passenger car travel in the U.S. declined. The Impala's sales dropped to 176,376 units in 1975, the weakest since its introduction in 1958. An Econominder gauge package was offered for 1975 and 1976 models.