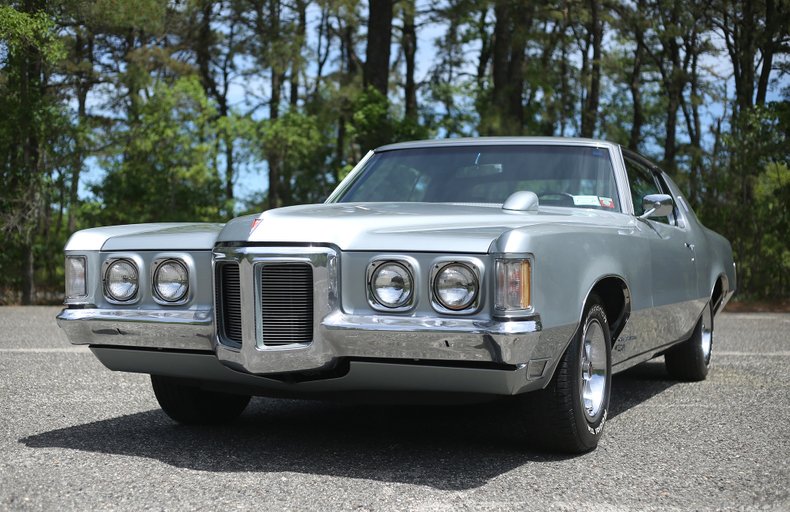 The new intermediate-based 1969 Grand Prix began to take shape in April 1967, with a few prototype models built on the full-sized Pontiac platform before the G-Body was ready. To save both development costs and time in much the same manner Ford created the original 1964 Mustang using the basic chassis and drivetrain from the compact Falcon, the revised Grand Prix would have a unique bodyshell but share the A-body intermediate platform and mechanicals with the Tempest, Le Mans and GTO. This reduced development time from the usual 36 months required for a new model to less than 18 allowing Pontiac to concentrate upgrading styling and interior appointments.

The 1969 Grand Prix debuted a dramatic "Command Seat" wraparound cockpit-style instrument panel that placed most controls and gauges within easy reach of the driver. Enhancing the interior's sporty look, the "Strato" bucket seats were separated by a console integrated into the instrument panel that slanted toward the driver, which included a floor shifter, storage compartment, and ashtray. A leather trim option which also replaced nylon loop rug with cut-pile carpeting was finally offered in addition to the redoubtable Morrokide vinyl and cloth and Morrokide upholstery offerings.