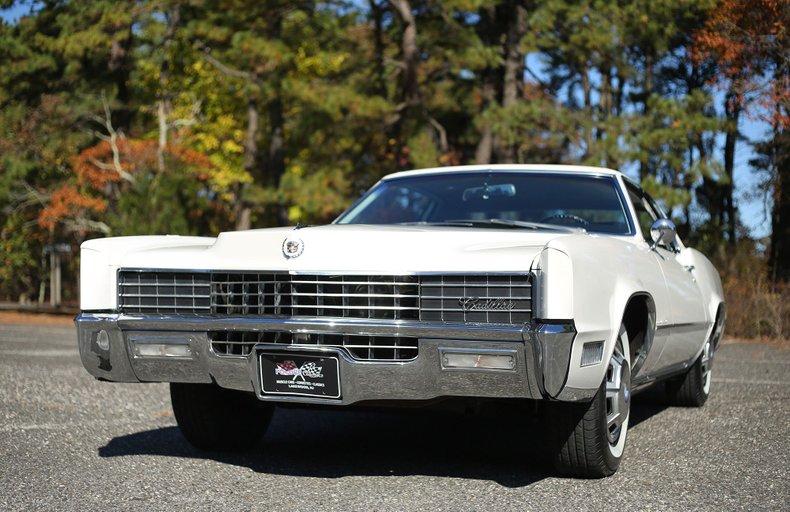 The long-awaited new design for the Cadillac Eldorado was well-received. The Eldorado represented a dramatic blend of the best of two motoring worlds by combining spirit and action of a true performance car with the comfort and five-passenger spaciousness of a true luxury car. It led the way in what was considered a whole new luxury car concept - yet its identity as a Cadillac is dramatically evident in its grille design with striking simplicity and in its overall look of dignity and distinction. Poised and ready to go, with its long, spectacular hood, daring roof lines and sweeping rear deck. Cadillac was confident that the Eldorado was a styling masterpiece as individualized as them motorist for whom it was created. The lucky driver and passengers, would be wrapped in luxury, and the unobstructed floors created an unusual amount of room for all on the journey. It signifies the first production front-wheel drive platform from Cadillac.

The Eldorado was radically redesigned in 1967, becoming the brand's first entry to capitalize on the era's burgeoning personal luxury car market. This was the only production Cadillac to be equipped with concealed headlights behind vacuum operated doors.

This documented Eldorado is presented in Grecian White with a black Strato bench seat with armrest and back seat. The cars quietness and smoothness assures a certain level of Cadillac motoring pleasure that is supported by factory Frigidaire air conditioning, AM/FM radio, clock, rear reading lights, remote sideview mirror, tilt steering wheel, T3 headlights, Cadillac front floor mats, spare, jack, factory wheels, hubcaps, whitewall tires, power seat, windows, locks, steering and brakes. Power is plentiful with a 429-cid, 340-hp V-8 that is mated to an automatic transmission. The Fleetwood-bodied Eldorado was advertised in period as "Worlds finest personal car." It was described as an automobile that needed to be seen to be believed, driven to be thoroughly appreciated and owned to be enjoyed to its fullest.

Overall, this gorgeous 67 Eldorado has a striking color combination of Grecian white with a white vinyl roof and black interior. Delivered new on Feb. 23rd 1967 this Eldarado left Shepard Cadillac in Oakland, California. This is a well preserved elegant Cadillac that is ready to be enjoyed by the next care taker.