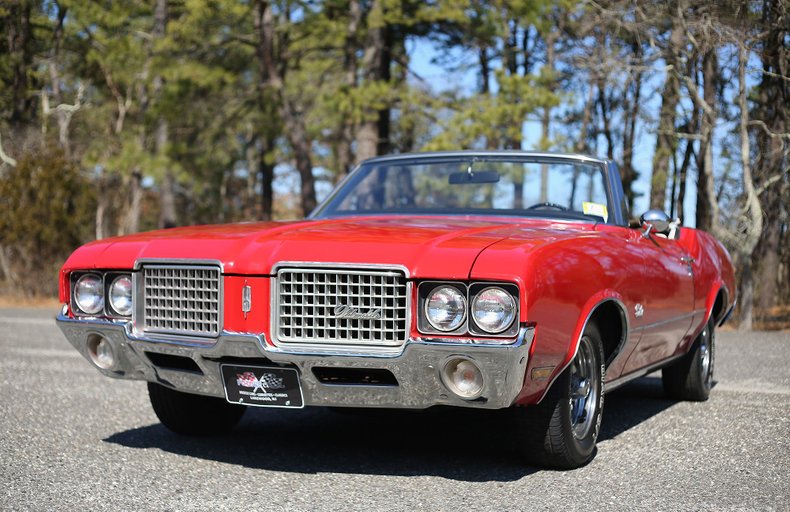 Oldsmobile's A-body Cutlass arrived in showrooms for 1972 with just a few subtle visual updates to differentiate it from the 1970 and 1971 models. Since General Motors had to delay the Colonnade A-body introduction until the 1973 model year, its existing intermediates returned to serve a third year in the same styling cycle. This was uncommon for GM in that market segment, as multiple preceding cycles had been two years.

Competing against heavily revised midsize Dodges and Plymouths for the 1971 model year, and then newly designed Fords and Mercurys for 1972, should have been a recipe for buyer apathy toward GM's more aged offerings. In Oldsmobile's case, however, consumers instead responded by purchasing Cutlasses in even larger numbers, which contributed to the division's ascent to third place in U.S. auto sales for 1972.