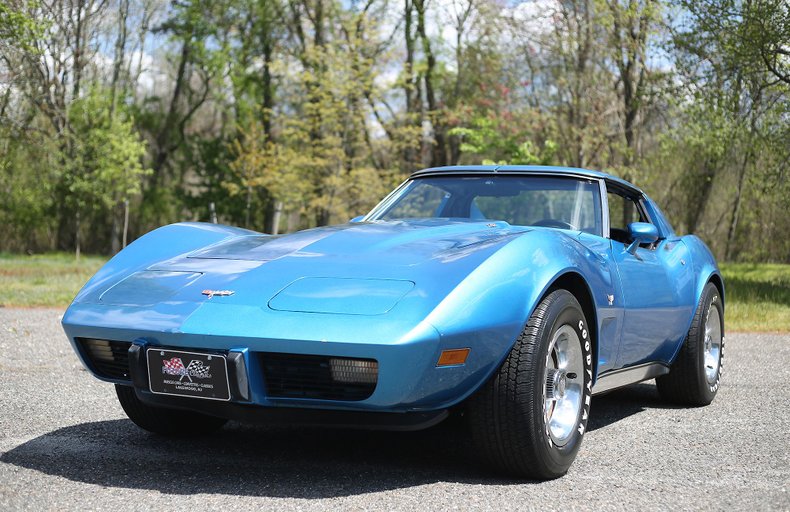 A significant milestone coinciding with the arrival of the 1977 Corvette happened in a year that was full of impressive milestones. On May 25, 1977, the film world would be changed forever as audiences were transported to a “galaxy far, far away” in George Lucas's outer space epic, “Star Wars.”

For Chevrolet, however, the 1977 model year marked a significant manufacturing milestone – the production of their 500,000th Corvette. It had taken Chevrolet 15 years to build the first 250,000 Corvettes, but only an additional eight years to build 250,000 more. While the 250,000th Corvette had been a Riverside Gold convertible that had been built on November 7, 1969, the 500,000th Corvette was a white coupe, which was driven off the production line by (then) Chevrolet General Manager, Robert Lund on March 15, 1977.

The 1977 Corvette set another new sales record at 49,213 units. The popularity of the Chevy Corvette throughout the 1970's was proven time and again by the year over year increase in sales numbers despite the dramatic increases in cost. If you are in the market for a documented #'s matching L82 Corvette that won't break the bank then this car is one to consider. She runs out great and shifts smooth. Just in time for summer!