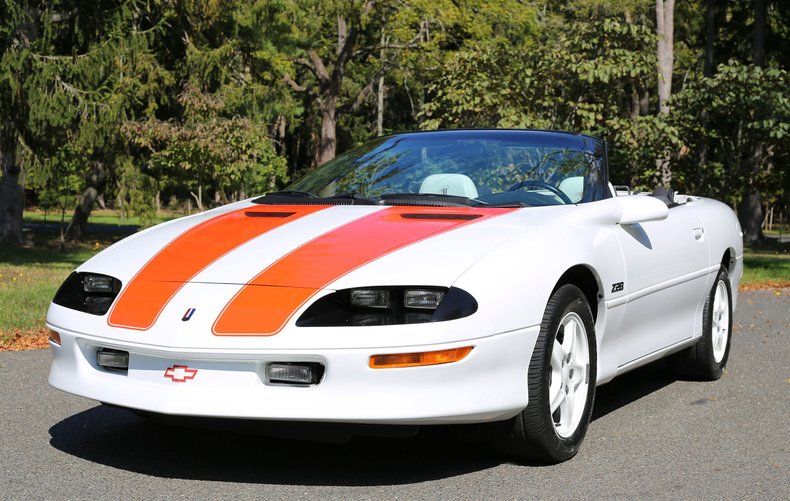 Few cars in the history of American motoring have been as consistently good as the Camaro. Where some of their rivals took a misstep or two, Chevrolet did what they could to ensure the F-body always remained a stylish and affordable performance platform. Because of that, each new generation has found a following and, ultimately, a place in the collector car world. In recent years, third generation Camaro prices have seen steady growth and limited production fourth gens are already claiming a few rays of the spotlight for themselves. Take, for example, this 1997 Camaro Z28. With only 40k actual miles this F-body has all the hallmarks of a great collector piece. Well optioned, well maintained and documented, all you need is keep it safe and watch your investment grow.

In 1997, the Camaro was celebrating 30 years of production and every Camaro would receive the special “30th Anniversary” logo on the front headrests, but to really commemorate the anniversary, Chevrolet produced 4,533 30th Anniversary Camaro Z28s under RPO Z4C. Offered in striking monochromatic white with Hugger Orange racing stripes, even the 5-spoke, 16-inch wheels were white. Interiors could be had with either unique cloth or upgraded leather upholstery with a 6-way electrically adjustable driver's seat. The combination of the fuel-injected 5.7L/285 HP V-8 engine with either an automatic transmission or a 6-speed manual, power steering and power 4-wheel disc brakes created a fabulously fun car to drive. A Florida car from new, this 30th Anniversary Camaro Z28 is equipped with the 6 - speed manual transmission, CD-stereo, leather upholstery, remote-control mirrors, air conditioning, power windows, power locks and a tilt steering column. Driven only 40K miles from new, this 30th Anniversary Camaro comes with the owner's manual and miscellaneous documents.

If you're not already familiar with the 30th anniversary models, Z28 alterations included:

Chevrolet made no bones about the 30th anniversary being a limited production car. With that in mind, smart buyers kept these cars as long as possible. This one carries it's clean Carfax and Z28 options list as well as all original books and manuals.

There is never a bad time to buy a limited-run car in excellent condition – especially when that car is a Camaro. While there are significantly more base versions around, these Z28 cars are hot commodities now and we're willing to be that they're just getting warmed up. If you're looking to buy in early, don't miss the chance to bring this awesome 1997 Camaro Z28 home today!