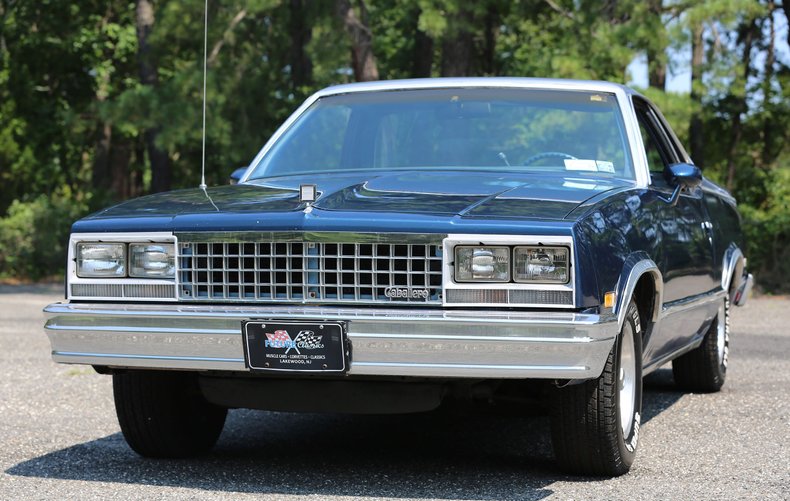 For those who are old enough, remember the OPEC oil embargoes that happened back in the 1970s? After two oil embargoes (first in 1974, and then in 1979) rocked the United States, fuel-efficient engines and downsized cars replaced the dinosaur-sized American automobiles and their huge engines. One of the more emphasized engines used in cars in the late 1970's and early
1980's was the diesel engine, which had been used for a while in European cars and trucks and some American trucks, but had not been used much (if at all) in American passenger cars. This 1984 GMC Caballero not only features the unusual Amarillo package, it is also equipped with the very rare 5.7L diesel V8.

When the El Camino was redesigned in 1978, the Sprint was renamed Caballero (Spanish for “gentleman”) and was produced from 1978 to its swan-song year of 1987. This Caballero is a 1984 model, and features the Amarillo (Spanish for yellow; I was an A+ Spanish student in high school) trim package. The car-based pickup is finished in two-tone blue and dark blue, and features the Amarillo package, air conditioning, am/fm radio, cassette player, spare tire, power brakes, power steering, power locks, power windows, tilt wheel, white letter radial tires, and rally wheels.

Overall, this diesel-equipped Caballero is in nice condition, and with the reasonable asking price, this car-based pickup is an unusual sight. Factor in the factory diesel engine and this is one heck of a sleeper. What are your thoughts on this very rare GMC Caballero Amarillo diesel?