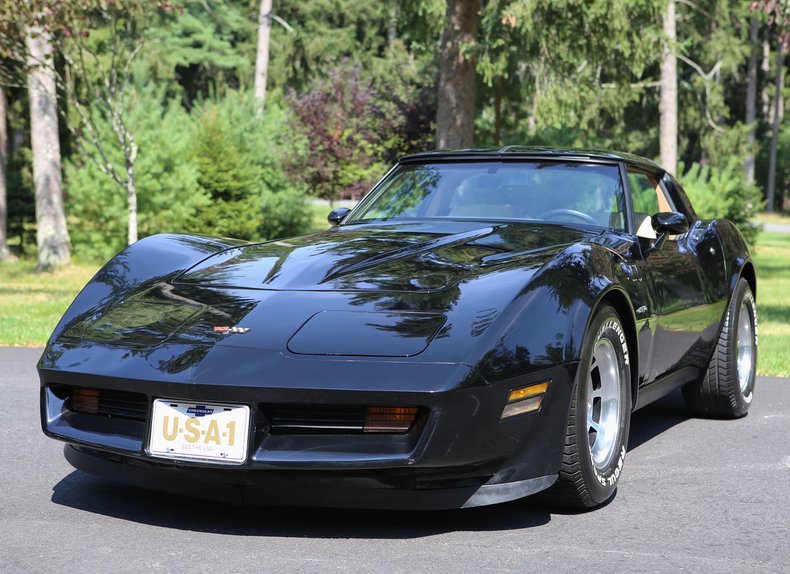 In 1978, Corvette celebrated its 25th anniversary in style, not only with a special two-tone, silver-gray model and a Pace Car, but with restyled front and rear ends, including a massive rear bubble window that provided a slipperier fastback look and more cargo room inside. It was a fantastic way for the Corvette to begin winding down its tenure, and it hinted at things to come for the next generation. By 1982, the Corvette had developed an almost exotic look, thanks to spoilers, wings and skirts adorning the body. It had a remarkably pronounced Coke bottle shape and was more than just bold—it was an absolute unabashed statement of style.

Model year 1982 Corvettes were packed full of firsts, making them fairly unique in the family of Corvettes that debuted in 1968. Under the hood, the 350 CI V-8 evolved with a Cross-Fire Injection system, marking the first time Corvette used an electronic fuel injection system. The engine was backed by a 4-speed automatic transmission, and for the first time, fourth gear served as an overdrive. It was a remarkable year, one that often goes overlooked by many as just the end of the line for the third generation of America's Sports Car.

This 1982 Chevrolet Corvette is finished in Black with a Camel cloth interior and has cruised a mere 75,170 miles since new. It's well equipped with power steering, power 4-wheel disc brakes, power windows, power locks, an eight-way power driver's seat, rare cloth upholstery, air conditioning, cruise control, tinted glass, an AM/FM CD stereo system and adjustable twin sideview mirrors, among other accessories. The Corvette is highly styled with the slotted aluminum wheels, P255/60-15 wide tire optional radial tires, glass T-tops. It was an interesting way to end a series, and one that collectors surely appreciated to this day.

If you are looking for a true INVESTMENT GRADE 1982 Corvette, this is the car you want: low production, rare, well-kept with low mileage. The last few C3 Corvettes have sold for strong money, so don't wait to pull the trigger on this one, as it won't be around long!