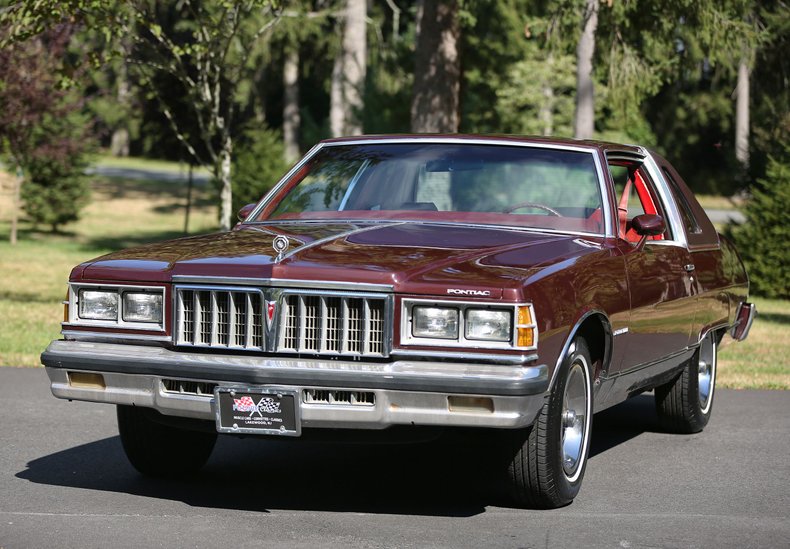 1978 was the second year for GM's downsized B-Body cars and Pontiac's Bonneville was arguably the best looking of the bunch as they came with a nice mix of luxury with a hint of sportiness. After playing second fiddle to the Grandville earlier in the decade, for 1977 Bonneville regained its flagship duties on the downsized big car line that was 14 inches shorter in length, over four inches narrower, and 800 pounds lighter compared to their 1976 counterparts, yet featured increased headroom, rear-seat legroom and trunk space, and much-improved fuel economy. If you're a Pontiac fan who dares to be different from the sea of Trans Ams seen at nearly every event, this Bonneville makes a fine alternative.

Though the engines were less powerful, they had less bulk to move around, and good engineering led to interior and trunk room remaining similar to the larger cars they replaced. Though far from nimble, the cars performed well enough, and were familiar enough to buyers who were used to much larger cars. It wasn't until the move from these RWD platforms to even smaller, FWD platforms that GM really lost its way, and buyers moved to the truck and SUV market to get the big car ride they were looking for.

Now that '70s luxury cars are becoming increasingly popular as both show queens and road kings. These days, it seems everyone wants a high-strung curve carver, making this Bonneville's superlative road manners, full-size comfort and smooth V8 the fruits of a bygone era. There simply can't be many Malaise Era cruisers that are sharper than this, and a classically themed Pontiac is most definitely the one to own. If you're looking for a nicely documented classic that also happens to be rather unique, this proud Poncho will not disappoint!