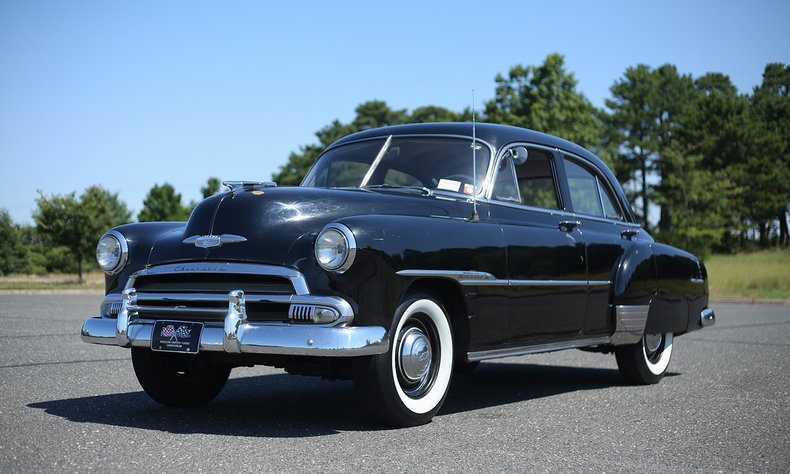 Like the 1951 Chevrolet Fleetline Deluxe, Chevrolet was written in script on the chrome grille frame molding. Chrome rear gravel shields and painted fender skirts were standard equipment on all 1951 Chevrolet Styleline Deluxe models.

Optional was the 235.5 cubic inch 92 horsepower six cylinder and powerglide! Stainless steel moldings outlined the windshield and rear window glass to cover up the rubber seals. In addition stainless steel molding followed the top curve of each door and quarter window on sedans and coupes.

Describing the 1951 Chevy Styleline Deluxe magazine ads had the following to say…“What you see, hear, feel is true through and through”…“Chevrolet is the lowest priced line in the low price field!”…“Every feature, every detail gives you new evidence of Chevrolet's deep-down quality.”…“More People Buy Chevrolet Than any Other Car!”

Production figures for the 1951 Chevy Styline Deluxe 4 door sedan was 380,270 units. The 4 door Chevy Deluxe once again out sold all other 1951 Chevrolet cars. The 2 door Chevy Styleline Deluxe was the next best seller for Chevrolet with 262,933 units sold. Both were up from 1950 Chevy car sales.