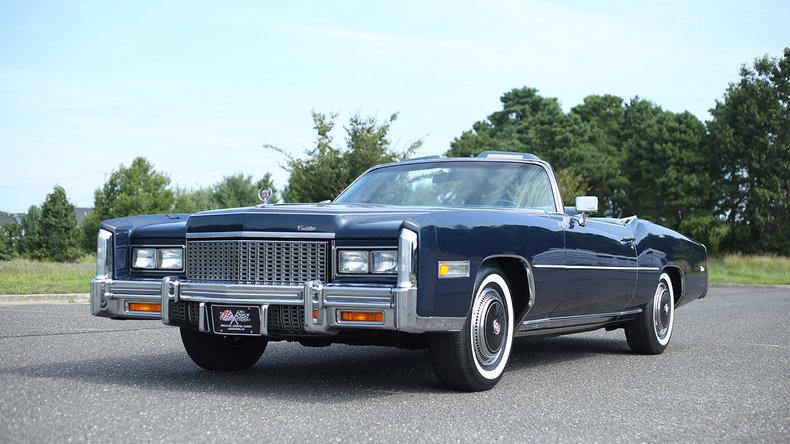 There were very few exterior or interior changes made between 1975 and 1976. The easiest way to identify the specific year would be to check the taillights. The '75 cars featured a Cadillac crest in the center of each light, and the '76 models are unadorned. Also, the Cadillac script on the front of the hood was incorporated into the grille header in 1975, and was a separate part for 1976, mounted above the grille header on the painted portion of the hood. The 1976 wheel covers included black paint detailing, but wheel covers are easily changed, and as such are not the best way to identify a particular model year. It should be noted that all 1976 Eldorados came equipped with the black detail on the wheel covers, except for the final 200 Convertibles built, which had white detailing, and the late year Custom Biarritz cars, which featured color-coordinated wheel covers to match one of the five colors available for that option.