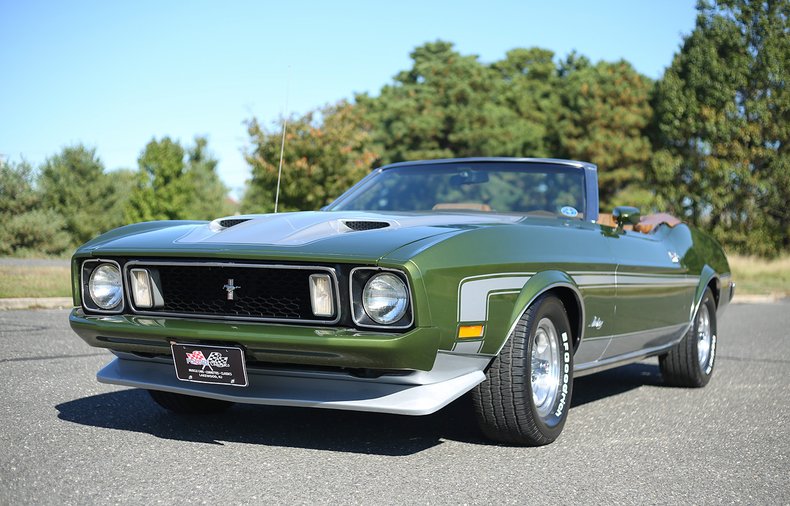 1973 brought some mild restyling. The urethane front bumper became standard, and was enlarged in accordance with new NHTSA standards. All Mustang models had their sportlamps re-purposed as turn signals, as the new bumper covered part of the front valance (and therefore the previous turn signal location). These new lamps - unlike their 1971/72 counterparts - were now oriented vertically. Both a Mach 1 and base grille were offered, with differing insert patterns.

Mach 1 decals were also revised in 1972 for 1973 models, and the previous hockey stick side stripes of 1971–1972 models became an option on hardtops and convertibles with the addition of the 'Exterior Decor Group'. Magnum 500 wheels, previously optional, were superseded by forged aluminum 5-hole wheels.

The 1973 model year Mustang was the final version of the original pony car, as the model name migrated to the economy, Ford Pinto-based Mustang II the next year.