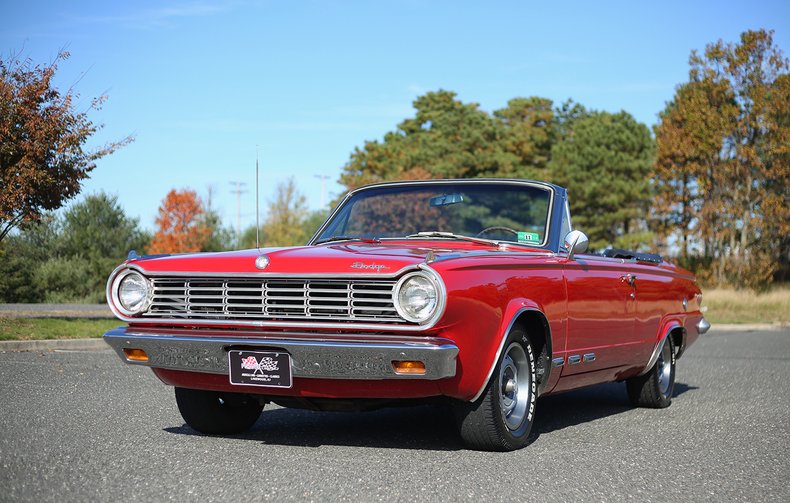 In 1965, the 2-barrel 273 remained available, but a new performance version of the 273 engine was released with a 4-barrel carburetor, 10.5:1 compression, a more aggressive camshaft with solid tappets, and other upgrades which increased output to 235 bhp. At the same time, the Dodge Dart Charger was offered. The Dart Chargers were yellow Dart GT hardtops with black interiors, Commando 273 engines, premium mechanical and trim specifications, and special "Charger" badging. They were the first Dodge models to bear the "Charger" name. The following year the larger B-body Dodge Charger was introduced, and the "Charger" name was thenceforth associated with Dart models only in the "Charger 225" marketing name for the optional larger 6-cylinder engine.

Other new options for 1965 included upgraded suspension components and larger 14 in wheels and tires. Factory-installed air conditioning became available after the start of the 1965 model year, as well as disc brakes, which required the 14 in wheels to clear the calipers. Front seat belts became standard.