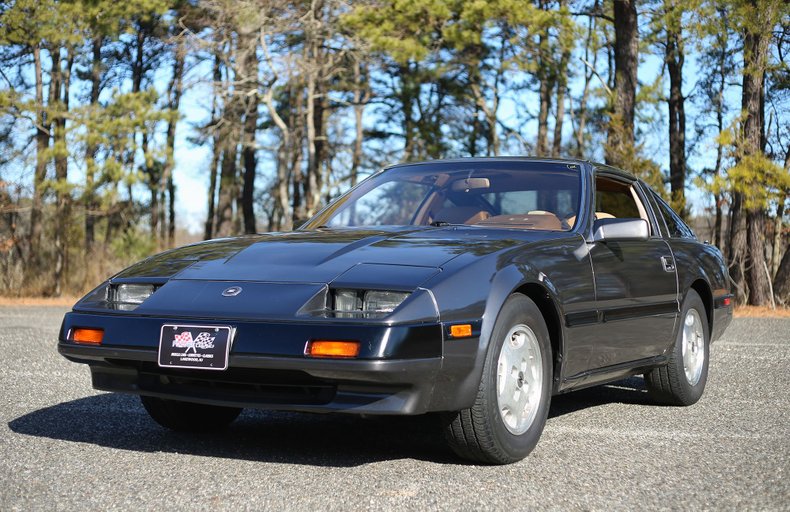 Although the old guard won't enjoy hearing it, Japanese cars are becoming collectible. We're already seeing spikes in prices of cars like the Datsun 2000 roadster, the Toyota 2000GT, and the early Mazda Cosmo, so there's no sense in fighting it. The Datsun/Nissan Z-car now has a history that's nearly as old as some of our beloved American iron such as the Camaro, Firebird, and Dodge Challenger. And for a generation that grew up in the 80's, the Nissan 300ZX was something we eagerly read about in the pages of our favorite car magazines.

You need to put this car in context to really understand how ground-breaking it was back then. Camaros and Mustangs, with V8's that were 40% larger than the V6 in the Nissan, were struggling to make 175 horsepower, while the naturally aspirated Nissan made a noteworthy 160, and the turbo cranked out an impressive 200 horsepower. With light weight on its side, the 300ZX was more than a match for our beloved pony cars, and the handling was light years ahead of the domestics. In terms of sheer bang for your buck, the Z was pretty hard to beat.

The engine is a 3.0 liter single overhead cam V6, known internally as the VG30E. With modern construction and state-of-the-art engineering, it was an impressive piece that made the domestic automakers sit up and take notice.The engine drives a 4-speed automatic transmission, which was cutting-edge technology, and there's a Nissan differential out back. The suspension is stock, which gave the Z much sharper reflexes than its pony car competitors.

Nobody could argue that the Japanese were not in love with technology, and the futuristic interior is a big part of the Z's appeal.