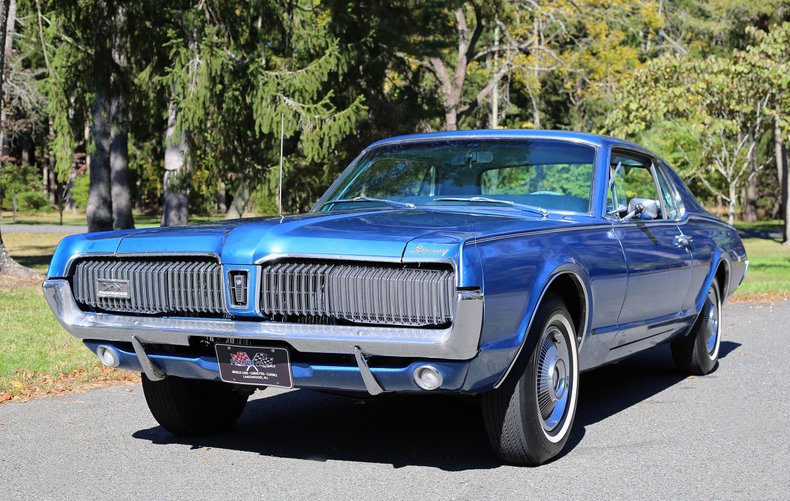 After the surprise success of the Mustang, launched in April 1964, Ford had its hands full producing the popular pony car. As competitors in this hot new market planned rival models, Ford countered with one of its own. Mercury unveiled the Cougar just four days after Chevrolet debuted the Camaro on September 26, 1966.

The Mercury Cougar was based on the Mustang, but it took a different approach than General Motors did with its Camaro and Firebird siblings by giving the Cougar entirely different sheet metal and a longer wheelbase. (Chrysler adopted the same method with the E-body Challenger and Barracuda in 1970.) The Cougar's split grille and flowing lines were edgier than the Mustang, and its longer profile showed a bit of European influence.

Unlike the Mustang, every first-generation Cougar was V-8-powered and could be had with Windsor, Cleveland, and FE engines with displacements from ranging from 289 to 428 cubic inches. Just about every Mustang V-8 option was available in the Cougar except the Boss 429, although two purpose-built drag racing Cougars were eventually fitted with the Hemi competitor. With no rare Boss 429 model to take the lead, the most valuable Cougar is the 1969 Eliminator with the 428/335hp Super Cobra Jet engine.

The Cougar continued to be a Mustang twin for seven years, and could be optioned as a muscle car. Nevertheless, the focus continued away from performance and toward luxury, evolving it into a plush pony car. The signs were becoming clear as early as 1970.