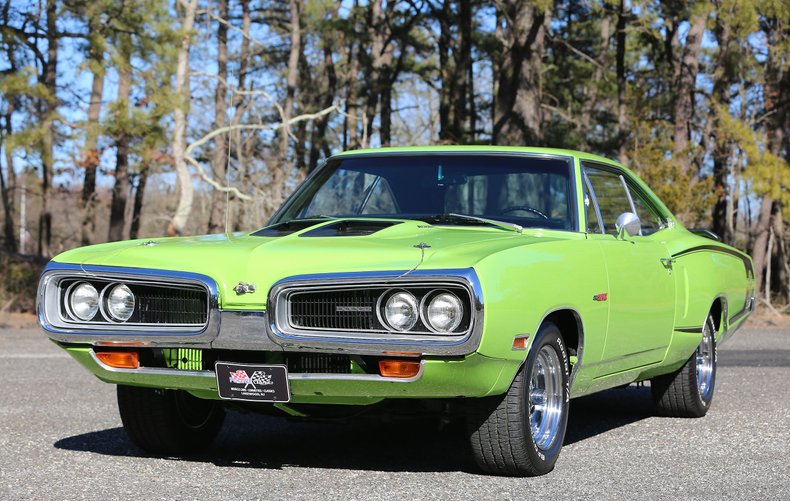 When admiring this clean 1970 Dodge Coronet Super Bee, it's hard not to acknowledge one's inner Steve McQueen. Even sitting still, the car looks like a weapon. And thankfully, the Chrysler Corporation knew better than to give it aggressive nomenclature and cool cartoon graphics without adding some serious firepower. That said; the terms 'Magnum' and 'Six Pack' aren't the only indicators of this coupe's market success. And, if you're looking for an ultimate piece of Detroit metal that shows just as well as it tears up the road, this freshly restored Dodge is precisely the opportunity you've been waiting for!

Speaking of opportunity, it's believed that only 599 1970 Super Bee hardtops donned this car's brash Six Pack powertrain. That means this brassy classic is a factory-accurate rarity among muscle cars that are already highly exclusive. This 1970 Dodge Coronet Super Bee stands today, as a true testament to why these cars were so popular. The Super Bee has been restored, features the powerful 440ci 6 - Pack V8 and a stunning look. But, before we get too far lets decode the VIN.

This sweet Coronet Super Bee has it all: looks to kill, power that never stops and an incredible restoration that's detailed and spotless. If you're in the market for some solid Mopar muscle that'll be a constant source of pride and fun, this top notch Dodge is the car for you!